1 Week Left To Win a DVD with Beach Swag! 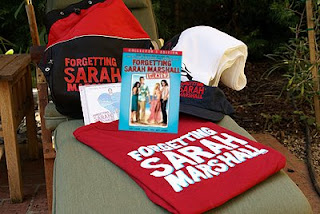 
To enter, all you need to do is "SUGGEST A (Penn) FRIEND " to me using the link on facebook.
How? 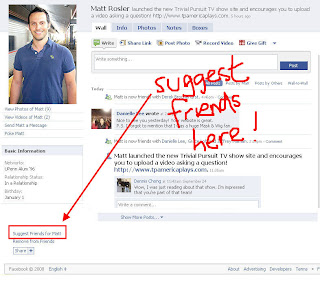 Get the contest details here...+/-

For other Penn folks who want to donate a prize for a future DT contest, email me at merosler@gmail.com


New to DT? 14 easy suggestions to get started!
See which Penn undergrads and alumni are registered on DT 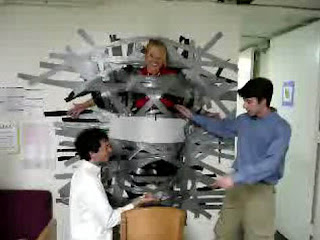 Students through time have engaged in all sorts of entertainment on campus to amuse themselves (and us!) to avoid doing work ...or at least to make work more bearable!

Below I list the top 10 Time Wasting, Yet Entertaining On-Campus Videos ...with a #1 that has to take the cake!

One more week to enter my October contest!

10) Superblock streaking (no video on this one, but take a look anyway :) )

8) Rippin it up at Penn like you've never seen

7) Battling it out on Locust walk

5) Pretending to be James Bond in Kings Court

3) Dance to "OK Go" for a Class Presentation

1) It's THIS number one video below that just came my way which takes THE cake when it comes to duct tape and entertainment!  Enjoy "Taping Girl To Wall":


Check out what else is happening on campus


New to DT? 14 easy suggestions to get started!
Advertise on DT

Jordan's Jive: Jobless and Without a Girlfriend


Earlier this month, on campus recruiting was happening at Penn.  As you'll see in the vlog above and below, nothing seemed to come of it for this senior.  Was it the tough Financial market or his GPA? What's a college senior to do? Listen to Jordan's vlog to listen to his thoughts!

This reminds me of when I was a senior and we had the old fashioned "drop" boxes where you went to Career Services and literally dropped your resume in the appropriate wooden box slots.  I believe these days everything is electronic.

...Anyway, back in the day, I think I got one interview with some marketing company and tried to convince them why I'd be good for the company.  At the time I remember I wasn't even convincing myself as my real plan at the time was to move out to Los Angeles and try the whole entertainment (acting/writing) path. Read my advice and others' advice about pursuing a career in writing.

More of my Now and Then Thursday posts here!


Yesterday I posted about some alumni that created four political viral videos that have gotten over 1 million hits!

Now news of more politically themed viral videos from undergrads! A few weeks back, there was a celebrity filled "don't vote" video that hit the web (below) ...and now Penn students have decided to create their own version of it. Check it out above!

New to DT? 14 easy suggestions to get started!
See which Penn undergrads and alumni are registered on DuelingTampons.com

Penn Puts Out a Great Video For Prospects ...and Alumni Who Miss Penn


Penn just put out this great video detailing "the undergraduate experience at the University of Pennsylvania". Great for any Penn prospect ...or alum looking to relive some of their golden days at Penn.

I remember the videoTAPE that was sent to me when I was in high school. If memory serves me correctly this video seems way more cinematic and engaging! Great work Admissions and Alumni Relations!

Speaking of Penn admissions and everything alumni, check out these new websites and info Penn just put out for prospects and alumni!:

"Check out the Opinion Forum where we address new questions and topics. Browse our FAQs and advice on numerous topics: academic preparation; early decision vs. regular decision; getting to know Penn; tips for the campus visit; a guide to Penn resources, and much more!"

2008 UPenn's Deans Newsletter - Upload a Document to Scribd
...Did the above video inspire you to visit Penn? Check out all the activities planned for this Homecoming 2008 (October 31 and November 1) including:
Check out what else is happening on campus

Three Alumni Go Viral with "No on Prop 8" Celebrity Videos


On November 4th, Californians will be asked to make a monumental civil rights decision around the issue of same-sex marriage.

Since they debuted these videos, they have gotten over a million hits on Perez Hilton, Huffington Post, People.com, and E! Online. Yesterday, Wolf Blitzer showed one of them on CNN. Because of the response, they're already deep into pre-production on more.

Per Todd, "We could not have hoped for more coverage to add our support to this campaign. Enjoy! And of course, please vote NO on Prop 8."


New to DT? 14 easy suggestions to get started!

Why She Tried Out For The Amazing Race and More! 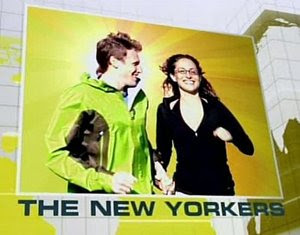 Recently, I chatted a bit with Amazing Race contestant (still in the game!), Sarah Leshner (C'98, W'01) after my post about her HERE.

...On why and how she tried out for The Amazing Race:


"A friend suggested to me that I apply for the Amazing Race given that I love to travel, am spontaneous, pretty fearless... so my boyfriend and I looked up online how to apply, but NEVER thought we'd be selected! We mailed a video into a PO Box in Los Angeles, and I figured that's just not the way teams are actually chosen. 2 months later, we got a call that our tape had "caught their eye" and it was a whirlwind after that. 2 months of phone interviews, a second video, and a week-long stay in LA doing interviews and tests secured our spot among the 11 teams :)"


"Getting recognized has been fun... a girl came up to me in the bar on Saturday and just said "OMG, are you Sarah?" Hilarious :)" 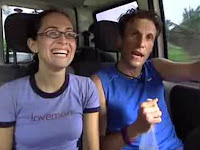 Check out the drama Sarah and Terrence got into from 2 weeks ago: "After finally getting in their taxi, Terence and Sarah can't believe how much time they lost"

New to DT? 14 easy suggestions to get started!

If you recall, Gabriel Mann (C'95, Off the Beat) and his group The Rescues' acoustic version of their song "Crazy Ever After" was on the season premiere of Grey's Anatomy.

Well, the producers must have loved this group's music because another song of theirs was featured in last Thursday's episode too! This one comes as a relief during a very funny and awkward moment during Callie and Dr. Hahn's first date as "new lesbians"! Check out minute :56 above and you'll see what I'm talking about!

Get "My Heart With You"

Get "Crazy After Ever"

Get the "Crazy After Ever" album

More of my past Gabriel Mann posts!


Over the past couple of months here on DT, Kevin Shapiro (C'12) has been vlogging about his experiences as a freshman at Penn.

In this recent Vlog above, Kevin talks about
Check out all of Kevin's Vlogs here

Be a mensch, suggest a facebook friend to me and win cool swag!


New to DT? 14 easy suggestions to get started!
See which Penn undergrads and alumni are registered on DuelingTampons.com