She's a Spokesperson for Trojan Condoms 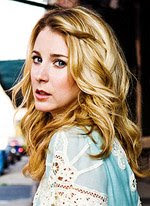 There's a sexologist among us ...and she's claiming that third base ain't what it used to be...

Logan offers advice on everything from gender issues, body image and sexual orientation. She's a spokesperson for Trojan, serves on their advisory council, and has worked with Starbucks, Bertolli, and other corporations.

If you're a parent and you are looking for advice to communicate the facts to your child in a healthy conversation about what's really going on between boys and girls, check out Logan's book "Third Base Ain't What it Used to Be: What Your Kids are Learning About Sex Today - and How to Teach them to Become Sexually Healthy Adults"

...Logan not only published this book, but she is on a number of shows chiming in on the current state of sex education. Her work has been featured on countless shows and publications including Good Morning America, Oprah, The Today Show, and The New York Times. In addition, she writes regular columns for Fit Pregnancy, POZ magazine, and MarieClaire.com.  Check out her clip below from her appearance recently on Good Morning America.


Watch these other videos from Logan:

Talking Sex With Your Kids

Women should start carrying their own condoms

Get Logan's book Third Base Ain't What It Used to Be

Read how Logan got her start as a Sexologist (you'll be interested to find out about a very personal(!) article she wrote at Penn!)