The Economic Crisis and the Croisette: Penn Alumni Weigh in on the Current State of the Entertainment Industry 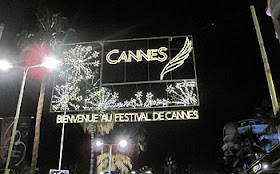 This week, our Penn in Cannes 2010 DT correspondent Chloe Castellon (C'11) reviewed some of the good and horribly awful films of this year's film festival, talked about the badge system and how she conned her way into some of the better theatres.

In her final post, Chloe shares with us inside info about the real reason why some production companies didn't allow Cinephiles in, and the unfortunate state of the film business ...from the mouths of 2 Penn alum entertainment big wigs.

More scoopage from Chloe after the jump!

"As festival director Thierry Fremaux said himself, “The Cannes selection is a reflection of the current state of the industry," noting that art-house films among Hollywood blockbusters are affected by the lack of funding caused by the economic crisis, among serious changes in media distribution platforms. In saying this he chocks up the lack of innovative or buzz-worthy films in the Lumiere, and other Cannes theatres, this year to lack of submissions, and a hefty pullback in production.

The utter lack of mesmerizing and inspiring films was not the only change in the festival, however. This year producers with products to sell and distribution deals to cut were even more scared than before, and have thus heightened security in market screenings making it more difficult to see those screenings. Some production studios even explicitly told security not to let Cinephiles in, even if the theatre is half empty, the reason being if a group of buyers were to happen to walk in during the last half an hour of the film and there were Cinephiles in their seats, they might lose the sale.

Many industry professionals felt the economic change by tightening purse strings, and many films, even in the official selection, could walk away without a buyer or distribution deal. Penn Alum Geoffrey Gilmore (C'74, Penn in Pictures 2002 panelist), previous director of Sundance and current director of Tribeca Film festival, confirmed the difficulties present on the croisette. He explained that many of the films released this year were funded by money from 2007, and that funding is extremely hard to come by as most films won’t be bought without some guaranteed draw, like attached talent. Not only is there less financing available in the market due to the economic crisis, but theatrical release, unless 3D or star-powered, is suffering, especially for independent and niche films. More than theatrical, the safety net of DVD and video sales is all but gone due to internet piracy. Geoffrey explained that this means that even when films get sold they are being sold for much less, and with much worse conditions, meaning that filmmakers might never see another penny after selling their films. Large amounts of state funding responsible for much international cinema have also dried up due to low returns. Despite the pessimistic current condition of the industry, Geoffrey is optimistic that the industry will firstly bring into action its major plans to eliminate internet piracy, and secondly adapt to the increasingly online nature of distribution in a digital age.

Another Penn Alum Rick Hess (C'84), a prominent talent agent at CAA, confirmed all that Geoffrey had to say, yet was even more optimistic. He emphasized the increased accessibility of an online industry as opposed to the nepotistic exclusivity of the big Hollywood studio system, and the ability of young film makers to do their own projects, marketing and distributing them online. He also suggested pitching scripts with lower budgets and value in the market place.

Overall, all alumni, alongside most close to the industry, agree we are in an era of change. We can only hope that the industry comes out unscathed and that the masterpieces which have made Cannes so special in its sixty-three years will return to the croisette in the future. The fact that Sundance, the upcoming Venice and Tribeca film festivals have all managed to conform to the new state of the industry (particularly Tribeca in releasing many titles on Youtube, VOD, and in theatres in a day and date release procedure), in addition to presenting great films make me hopeful that it was simply an unlucky year at Cannes."