DT's B&P: They're ALL Hollywood Producers To Watch

Some exciting entertainment tidbits from our alumni film producers...

Red and the Blue Blunder: There's No Arm Swing On The Off Beat People! (VIDEOS) 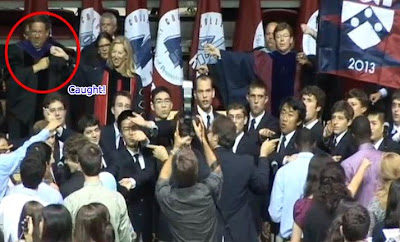 Earlier this week, Penn had its Opening Convocation for the Class of 2013 at The Palestra. Below you'll find the 45 minute video, but let me point out some highlights for you:


Was it me or was there no mention of the breakdown of the class of 2013 students in terms of "the nubmer of students who own their own businesses", "the number of students who are magicians", etc...  I remember that info used to be one of the more interesting parts of this ceremony!

Another "Red and Blue" performance by the Glee Club HERE. 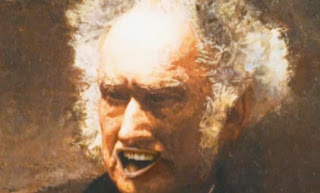 This year instead of reading books, the Penn Reading Project had incoming freshmen use Thomas Eakins' "The Gross Clinic" as a visual text as a means to "introduce students from the start to the critical skill of interpreting visual material."

Below you will find a video lecture of Dr. Kathleen Foster and Dr. David B. Brownlee discussing "The Gross Clinic" and the shock value of Eakins' gory painting.  This lecture is actually really interesting and I encourage all of you to watch this.

He's Not So Hot For Teacher 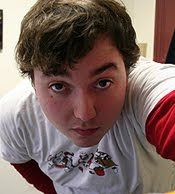 What if you met a former teacher and found out he was a total jerk? John Carroll (C'05, 34th Street Magazine section editor, Kelly Writers House writing advisor) examines this concept for us in a short story of his that recently got published.

John went to Penn hoping to write for the Daily Pennsylvanian and become a journalist, but left as primarily an author of fiction.  Thanks to the mentorship of Max Apple and the nurturing community of the Kelly Writers House, John just finished three years of work as their Assistant Director of Development and has now left to pursue his MFA in Creative Writing at American University.

John has written a story called "Baby Blue" which is included in a new short story collection of Philadelphia-based fiction by Philadelphia authors called Philly Fiction 2: A Second Collection of Short Stories Highlighting Philadelphia as a City of Literary Inspiration .

His story is about a guy who meets up with a former high school teacher several years after graduation.  And it turns out his teacher isn't the great guy he remembered him to be.   Per John,


"The story centers on our narrator, who is working through becoming an adult via this renewed relationship with a former teacher. They meet by chance and wind up making plans to see a Phillies game, and our narrator winds up seeing an odd side of his former teacher."

Check out an excerpt from it below: +/-


New to DT? 14 easy suggestions to get started!