His Musical Interpretation of The Godfather (VIDEO) 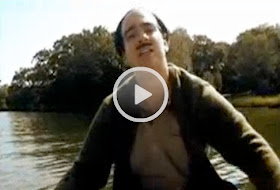 As part of our Games and Movies series, I've got an entertaining musical interpretation of a classic film for you.

Tom DiMenna (C' 02, Quarterback for Varsity Football Team, Music Reporter for XPN Radio) has turned "The Godfather" into a musical!  Written and performed by Tom, "Ode to Fredo" (video below) dares to imagine the last minutes of Fredo Corleone's life...


Incidentally, this film got into the SXSW film festival and won "Best Comedy" at the Ivy Film Festival.

Check out Tom's film ...and then a clip from the original film underneath it.  And watch out for more videos in Tom's "Godfather" musical series to come to DT in the near future!

(On a related note, and I feel like this is somewhat sacrilegious to say, but I must admit ...that while I have tried on numerous occasions, I have not ever seen The Godfather.  It loses me around the 20 minute mark.  I will try again someday!)