Back in September, I reported that there was a "flash mob" on Locust Walk which took the form of one huge Pillow fight. (check out the videos here)

...Then in November there was another flash mob where Freshmen froze on Locust walk for 5 minutes (check out the videos here)!

Now in the midst of studying for finals, this past week, there was another flash mob this time in the form of a "Silent Dance Party" at Fisher Fine Arts Library.  If you remember ever studying in Fisher Fine Arts, you'll remember that there is no talking allowed.  On that note, watch the video above...and see how the students maintain that rule while flash mobbing! It's very funny!

...On a side note, the interesting part of this video is that this is where I stood back in 1992 when I was busted in front of Tom Hanks when the film Philadelphia came to Penn. Read more about what happened that night here!

This Penn Alum Comic is Building His Media Empire 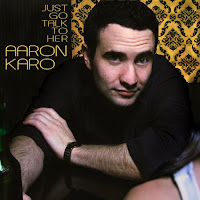 In addition to his books, touring the country with his act, a great appearance on "The Craig Ferguson Show", his new website: Ruminations.com, Aaron Karo (W'01, Pennfest 2006) just launched a new CD "Just Go Talk to Her".


"Recorded live in Boston at the Comedy Connection in Faneuil Hall, “Just Go Talk To Her” begins in a peculiar fashion - New York native Aaron Karo professes his love for the Yankees and Giants until the rabid Boston crowd showers him with boos. Those boos quickly turn to raucous cheers as Karo’s trademark brand of storytelling - fast-paced personal anecdotes about drinking, dating, and debauchery - win over even the most hardened Red Sox fans. Whether he’s divulging the secrets that all guys keep from their girlfriends or picking apart the foibles of married couples, Karo excels at taking universal experiences and turning them on their head."

Listen to his track below entitled "Chicks Love Sweatpants". You'll laugh your ass off!


New to DT? 14 easy suggestions to get started!
See which Penn undergrads and alumni are registered on DuelingTampons.com

Penn in Pictures '08: He Acquires Films for Universal Studios (VIDEOS)

Today, I continue my Penn in Pictures series with great video of Jason Resnick (C'94), Senior Vice President and General Manager of Worldwide Acquisitions for the Universal Pictures Group.

In the videos below, Jason talks about:


A special thanks to editor David Chalfin (C'96), a fantastic editor living in Los Angeles who recorded and edited all the Penn in Pictures videos. Check out his reel here!

Get email updates for upcoming Penn in Pictures posts!

Check out photos from past Penn in Pictures events!

New to DT? 14 easy suggestions to get started!
See which Penn undergrads and alumni are registered on DuelingTampons.com

If Only These Existed When I Went to Penn... 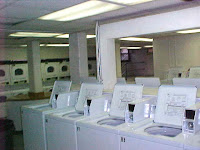 Two stories from today's DP caught my attention. I would have loved advancements like these when I was at Penn...


Check out what else is happening on campus

See which Penn undergrads and alumni are registered on DuelingTampons.com