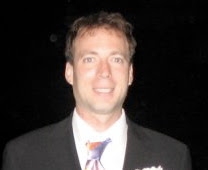 Per Ryan, "The Rocker stars Rainn Wilson, Christina Applegate, Will Arnett, Jason Sudekis, Jeff Garlin, Jane Lynch, Emma Stone, Josh Gad, and Teddy Geiger. It's the story of a drummer that gets fired from a band just before they become really famous and earns a second shot at rock stardom twenty years later when he hooks up with his teenage nephew's band. "

Per Variety, Ryan is currently writing Don't Lean on Me, a film which "tells the story of an assistant high school gym teacher with no interest in education who's forced into his worst nightmare -- a promotion to high school principal." Great concept!


Aspiring Penn undergrads and alumni writers, check this out...

How did this all happen for Ryan?

Per Ryan, "I wrote a script called The High Road, which led to a manager and then agent at Endeavor. Debbie Liebling at Fox liked the script and took a general meeting, where I pitched The Rocker. She liked it, asked for a synopsis, and then gave me a two script deal. It's not quite that simple, but that's the nutshell.

Until I sold the pitch to Fox I worked first as an assistant at Industry Entertainment for three years after graduation, then worked as a script reader, then a web producer, which took me to San Francisco for a year. While there I began taking fiction workshops at Berkeley and had a big breakthrough in terms of building confidence. I then moved back to L.A. to work in television, but my passion was always film and I ended up writing a couple features, one of which was The High Road (based on a short story I wrote while in San Francisco). I never saw the short story as a potential film, but was encouraged to write something that I didn't think would necessarily sell, but rather demonstrated an original, compelling voice. The script still hasn't sold but it's responsible for just about every opportunity I've ever had."

I bet he didn't write these scripts in Starbucks...